Our Blog: Stories of Hebron House

The word eureka means "a cry of joy or triumph when one finds or discovers something." It's a fitting name for a strong woman, full of hope, who journeyed a lifetime to get to our Juno House shelter.

At the age of 19, just a month before her twentieth birthday, Eureka was sentenced to 20 years in prison for delivery and possession of cocaine with intent to deliver. It was the first time she had been charged with a crime, but the charge involved a drug house, the year was 1996, and penalties for drug crimes were at an all-time high.

When she tells her story, Eureka becomes emotional. “I was mad at that judge for a long time for this hard sentence,” she says, “But then I think about where I would be now if I didn’t go to prison.” It's clear that it's hard for her to talk about her journey, but she says she wants her story to be told. She hopes it will inspire others to keep fighting for themselves and the ones they love.

Eureka learned resilience and hope in the face of devastating barriers. As a young child she suffered years of sexual abuse, becoming pregnant at age 13 and having her first child at age 14. The severe abuse, combined with dyslexia and a learning disability, caused her to drop out of school in ninth grade, still unable to read. By the time she was 18, she had three children and was involved with a man in the drug trade who would later serve a life sentence for homicide. At the age of 19, she was arrested for the crime that would lead her to spend over a decade in Wisconsin’s state prison system.

In prison, Eureka says her life changed. She taught herself to read for the first time, using the Bible and Joyce Meyer Ministries books, which were free to inmates. She says she learned a lot in her time in prison, especially “about obligations, and what they mean.” After serving ten years of her sentence, she was released to nearly a decade of parole, which she served successfully. She describes “getting off paper” in 2014 as one of her proudest achievements. Her ongoing successful commitment to stay off drugs and alcohol has been another point of pride.

For years after her release, Eureka rented a home in Milwaukee with a backyard and a flower garden. She worked as a personal care worker and a dishwasher, and discovered a love of cleaning. She felt the loss of her older children keenly when she went to prison, but became a mother of 7 during her time in Milwaukee. She and the children were happy in their rented house, even though making ends meet was always difficult. But when her 3-year-old son got lead poisoning, the City required the landlord to address the home’s lead paint issues, and her family’s stay ended with an eviction instead.

With small children to care for, a criminal record, a recent eviction, and a low-paying job, she couldn't find a place to live and soon lost her job. In the heart of the Wisconsin winter, Eureka found herself homeless and unemployed with seven children. No family member could take her in, shelters were full for the winter, and nobody had room for her entire family. Facing the prospect of splitting up the children, she says about this part of her journey, “I was so upset, I cried and cried. It was so hard and frustrating.”

On one of the coldest nights of the winter, she heard that a shelter called Juno House might be able to take her and the children. She called us, and when we heard her story, we told her to come over. One way or another, we would find a way to take care of her and her children.

Getting herself and the children to the shelter wasn't easy. Eureka doesn’t drive, and depends on others for transportation. “I couldn’t get a ride to Juno House. Finally someone said we should call the police and they would take us. We called them and they brought 3 squad cars and took us to Juno House. They didn’t even hesitate, and they gave us gifts too.”

Once she found Juno House, she and the children settled in, and our team is helping her plan for housing, child care, employment, and stability. She said she feels like the staff at Juno House has shown her kindness and respect, and sees her for the person she is, not just what her situation is.

When asked what advice she would give to others in the same situation, she says, “Trust in God and don’t give up. Be patient, He does things in His time. If you have an open mind and heart, you won’t miss a blessing.”

Eureka has always loved horseshoes because, for her, they symbolize strength. Maintaining her own strength in the face of adversity has brought her and her family to the stability they have found in Juno House and beyond. 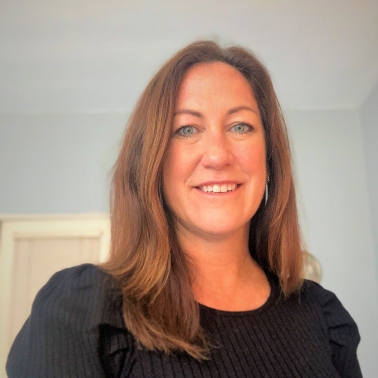 From the Executive Director

Siena House Gets a Facelift

Your gift can change a life

A helping hand makes the difference